Created
by alexkonigsberg 19 days ago

That's the first time I've ever encountered such a bug in this game. I reached Hena's star on Wolfen/C with Volkov as my only wingman. I saved the permadeath game and quit, only to find that on the next day I "died" at Hena's star. With no specified reason. I tried to open the game stats and it lagged to the point that the game becomes a slide-show of gamestats sliding animation, after short time the game freezes on the game stats screen.
Transcendence version is 1.9.1 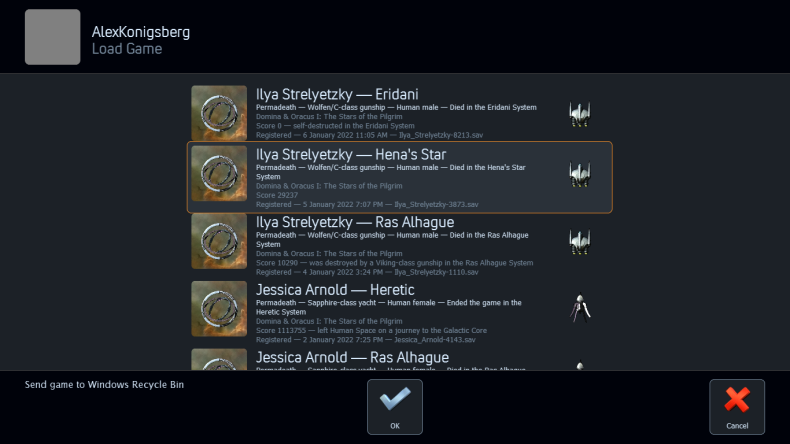 I'm looking into this. Is it possible that you died in the stargate? Looks like some enemies attacking.

I've cleared the registered bit on the file, which will let you continue the game. It won't be a registered game, but at least you'll be able to continue. You can detach the fixed file (you'll have to rename it appropriately).

I saved and quit when I was just floating in the middle of nowhere without enemies or stations, therefore I have no idea what actually caused this