The following code is derived from the Sapiens minelayer, it changes the projectile type to a custom virtual item, and randomises the speed at which the mine is launched (to produce scatter):

In instances of the station that mounts this device being spawned through a godmod (and probably through the console, I didn't check), the code works as intended: mines will be spawned between 0.2c and 0.25c.

However, on naturally spawned stations, you get constant errors and the code doesn't work. I've attached a screenshot.

It appears that the game is loading in the type for the pre-generated stations and in doing so converting (random 20 25) to the dice-roll notation 20-25, which is invalid TransLisp code and thus breaks the script.

Thanks to Aury and AssumedPseudonym for helping out on this. It was confusing as heck to run into while testing these things. 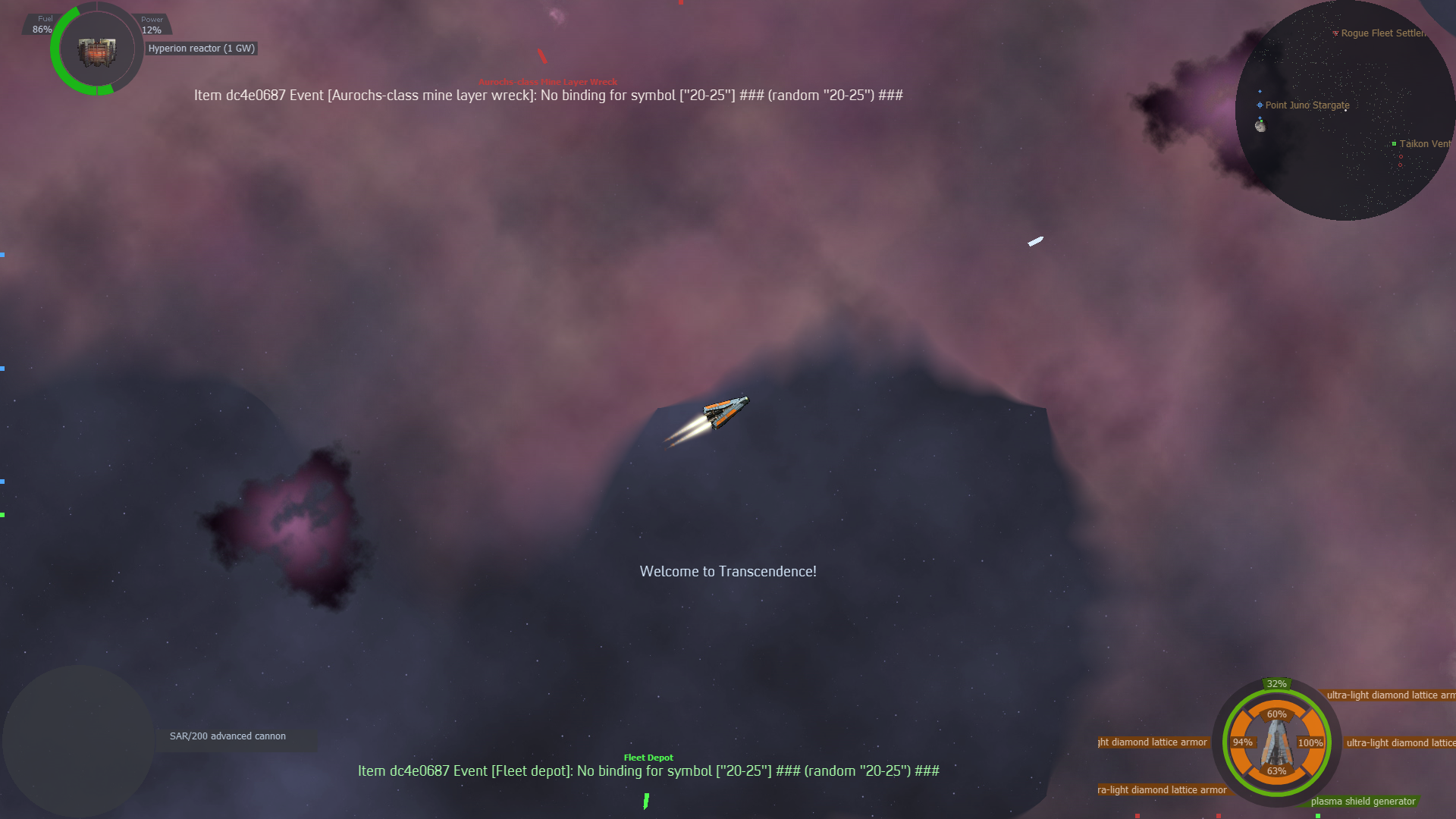 And thanks to AP for this workaround for the problem: